I became a member of the team of this project, aimed to the realization of the customer web portal, when it was about 70% of the development on WordPress, dedicating mainly to the part relating to the search engine that makes use of the db NoSQL Elasticsearch and his integration within the platform.

After kick-off, which took place in early July 2015, I started to develop a plugin for integration of a piece of data from the ERP in use by the customer, which interfaces to some REST webservice for data access. The updates could be planned in the plugin settings panel, using cron functions.

From an architectural point of view, in addition to the aforementioned WordPress and Elasticsearch, it used the LEMP stack (Linux, Nginx, MySQL, PHP) with memcache, in a cloud environment with load balancers and autoscaling of web machines. 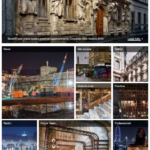 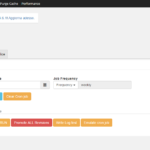 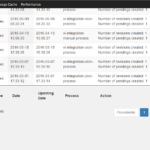 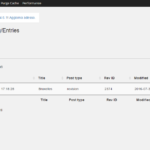 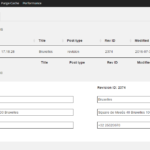 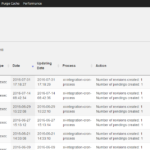 
This site uses Google Analytics cookies anonymously to monitor traffic. These third-party cookies are deactivated and you can choose whether to activate them from the settings accessible with the appropriate button. You can change your cookie choices at any time, with the button on each page at the bottom left. By clicking ACCEPT you declare that you have read the information on cookies and accept their use. No use is made of tracking cookies or profiling cookies.

This website uses cookies to improve your experience while you navigate through the website. Out of these, the cookies that are categorized as necessary are stored on your browser as they are essential for the working of basic functionalities of the website. We also use third-party cookies that help us analyze and understand how you use this website. These cookies will be stored in your browser only with your consent. You also have the option to opt-out of these cookies. But opting out of some of these cookies may affect your browsing experience.
Necessary Always Enabled
Necessary cookies are absolutely essential for the website to function properly. This category only includes cookies that ensures basic functionalities and security features of the website. These cookies do not store any personal information.
Non-necessary-equated-to-necessary
These cookies are equated to necessary as they make use of data in anonymous form. This category includes Google Analytics cookies to anonymously collect information on the use of the site by users, such as the number of visitors to the site and the most popular pages. All information collected by these cookies is aggregated and therefore anonymous.
Functional
Functional cookies help to perform certain functionalities like sharing the content of the website on social media platforms, collect feedbacks, and other third-party features.
Performance
Performance cookies are used to understand and analyze the key performance indexes of the website which helps in delivering a better user experience for the visitors.
Analytics
Analytical cookies are used to understand how visitors interact with the website. These cookies help provide information on metrics the number of visitors, bounce rate, traffic source, etc.
Advertisement
Advertisement cookies are used to provide visitors with relevant ads and marketing campaigns. These cookies track visitors across websites and collect information to provide customized ads.
Others
Other uncategorized cookies are those that are being analyzed and have not been classified into a category as yet.
SAVE & ACCEPT
Powered by